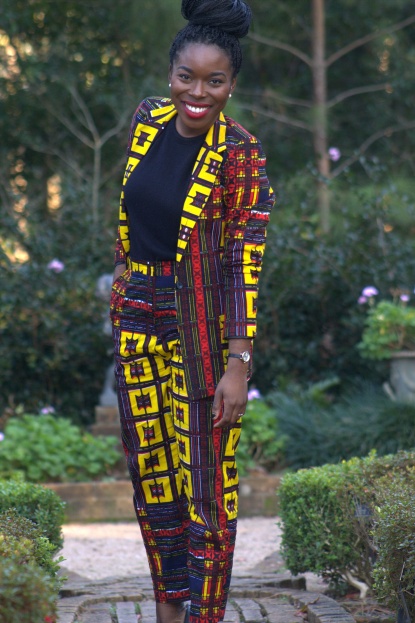 I am no stranger to public speaking. I have spoken on countless platforms from the steps of commencement at The University of Texas at Austin to the TEDx stage at Syracuse University, but every time I’m asked to give remarks I’m just as nervous as the first time.

I have a love-hate relationship with the stage. It intimidates me and brings out the best in me. From an outsider’s perspective, my pre-speaking routine is pretty bizarre. If you listen closely in the mornings, you can hear me talking to myself emphatically in the shower. I’m practicing my inflection and almost always using my hands. Needless to say, my fingers are prunes by the time I’m done. I hardly ever memorize my speeches anymore. I prefer the art of storytelling. I believe that if what you’re saying is true, it will flow from your heart.

Before I get on stage, you can find me pacing back and forth, murmuring my remarks under my breath. Most likely, my stomach is turning and my body is tingling. I’m not certain if I’m having an allergic reaction to this speaking opportunity or just feeling nervous energy. Whatever it is, as soon as I step onto the stage, everything fades away and I transform into my public speaker persona. She is my alter-ego. Timi Komo, the girl boss. The fashion philanthropy crusader. She easily charms the crowd, demanding their attention. Gone are her awkward mannerisms. No one can tell she used to be tremendously shy in middle school. She is so bold that sometimes she overwhelms me.

I am not always that girl that people see on stage. That fact used to make me feel a bit like an impostor. Being on a platform gives the added (and often unrealistic) pressure that you always have to be ON. And although you don’t owe anyone perfection, you do owe yourself a healthy dose of self-love. I have learned to embrace the duplicity of my personality. I can deliver a killer presentation to a crowd of hundreds and I can also do an interpretative dance to Disney’s “Frozen” soundtrack for preschoolers. Both sides of me offer something of value. Quirky, confident, dramatic, or pensive– I am worthy of love.

I never want to lose my human, unpolished side. It is part of my essence. I am constantly growing into my true authentic self and I challenge everyone to do the same. I challenge you: Find out who you are when no one’s watching. Examine your natural reaction to adversity (tweet this). Explore your maximum impact environment. These aspects are crucial if we’re want to be leaders that actually make a difference in the world around us.

Note: Impostor Syndrome (or the feeling that you’re somehow inadequate for the job you’re doing or opportunities you have) is not that uncommon among high achievers and go getters. In fact, it’s a sign that you’re on the right track. You’re getting things done and blowing your own expectations out of the water!

What do you do when you walk into a restaurant and see an attractive stranger sitting by himself?

Do you give him some space and pick a seat a seat where you can look your fill without interruption? Do you ask “is this seat taken?” and when he says no slide into the seat across from him? Or do you sit far away from him and pretend the attraction does not exist?

Your answer reveals a lot about your dating philosophy. It tells how slow (or fast) you like to take things. It hints at your degree of old fashionness and it is a telltale sign of your boldness with the opposite sex.

If I had been presented with this scenario a few months ago, I would have chosen the first option where I didn’t interact with the gorgeous man but I simply sat hoping that he would somehow sense my interest and approach me. After being single for a bit, I realized the glaring flaw in my approach. Everyone, deep down, is afraid of rejection. A man is unlikely to express interest if he is unsure that it is mutual. For the longest time, I would be mysteriously flirty around my crushes. Sometimes it was blatant and everyone is the room could feel, other times it would be so subtle that you would think you were imagining it. After all, I didn’t want to lay all my cards on the table and make the guy think I was…what, interested in getting to know him? Attracted to him?

As women, we have this fear that our interest will be mistaken for thirstiness so we feign indifference and send mixed signals. We often miss out on potential relationships because we’re afraid of making a move. Making a move seems to be controversial so many women shy away from it. I recommend that women should make A move to show they are interested. It doesn’t have to be THE move that get things moving towards a relationship, but it should give the guy the green light to say “hi, I’m approachable and would not be opposed to having a nice chat with you.” It’s not a big deal. It’s not as though Bruno Mars’ “Hey Baby, I think I wanna Marry You” will start playing overhead when you make a move. It shows that you are a confident woman and that you are willing to take risks to get what you want.

Don’t judge me, but I have been watching Hallmark movies and taking notes on dating. Yes, I know Hallmark isn’t real, but the romantic scenarios and interactions presented are very similar to real life events I have witnessed. I have often watched the romance movie wide-eyed thinking, “whoa, some people sure do move fast in the romance department!” I am Nigerian and for me the courting process is a multi-step endeavor that includes a long string of people, not just the bride and the groom. The timeline for romance that I observed in these movies did not match the ones I had observed growing up. Women saw what they want and hinted (or sometimes they came right out and declared) their attraction. The old-fashioned gal in me clutched my pearls at their forwardness. The other part of me wondered where I could get a dose of their gumption.

The truth about dating is that you get what you put in. Meaning, if you never make a move of interest, you’ll never see any results.

My name is Timi Komonibo. I am an avid thrift-shopper, DIY crafter, and adventurer-seeker. I'm always learning and trying out new things.